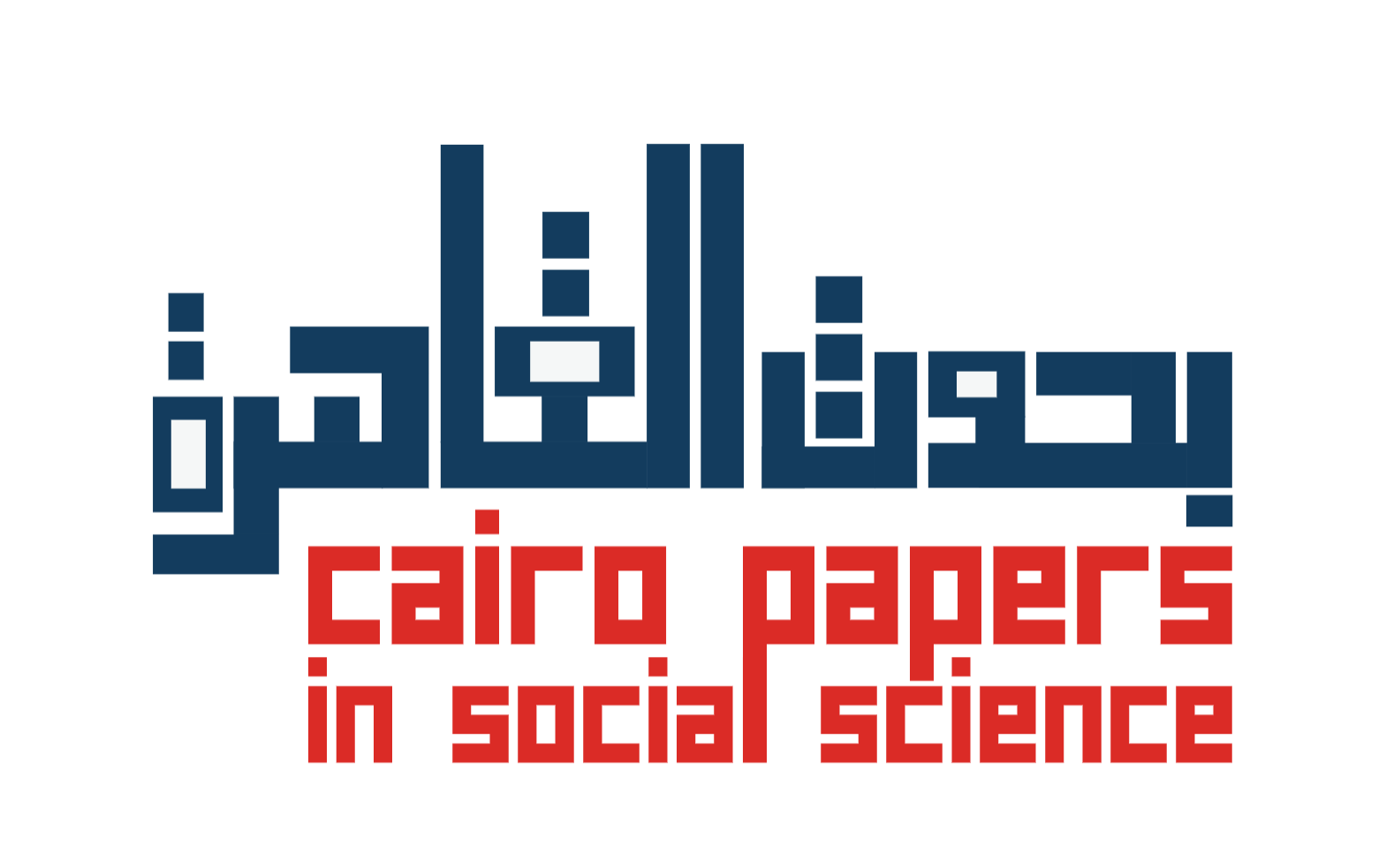 Cairo Papers emerged in 1977, when a group of scholars in the School of Humanities and Social Science and the Social Research Center at AUC developed the idea of the journal. The aim was to produce a monograph series dedicated not only to demonstrate the relevance of Middle Eastern social science vis-à-vis Western theoretical orientations but also to share with dedicated Western scholars the fruits of indigenous research into issues and problems of differential development in the Middle East. The founding members of the Cairo Papers included Profs. Tim Sullivan, Ali Dessouki, Mark Kennedy, Nicholas Hopkins and Asaad Nadim.

On Friendship between the No Longer and the Not Yet: An Ethnographic Account, Soha Mohsen

Migration and Refugee ‘Crisis’ in the Euro-Mediterranean Region: Which ‘Crisis’? And for Whom?, Ibrahim Awad

Waiting in Izmir: Syrians in the Aegean Region after the “EU–Turkey Deal”, Gerda Heck

Culturalized, Gendered, and Fractured Approaches to the Integration of Refugees in Brussels, Alexandra Parrs

The Production of Alternative Knowledge: Political Participation of Palestinian Women since the 1930s: A Case Study, Faiha Abdulhadi

Oral History in Times of Change: Gender, Documentation, and the Making of Archives: Introduction, Hoda Elsadda and Hanan Sabea

The Novel as a Repository for Oral and Women’s History, Rafif Saidawy

Documenting the Oral History of Iraqis in Times of Conflict: Challenges, Ethics, and Standards of Practice, Lucine Taminian

Food Issues and Revolution: The Process of Dispossession, Class Solidarity, and Popular Uprising: The Case of Sidi Bouzid in Tunisia, Habib Ayeb

We Are What We Eat, We Were What We Ate, Hala N. Barakat

Politics of Food Aid: From Politicization to Integration, Khaled Mansour

Where is Our Balady Food?, Sara Pozzi and Sara El Sayed

Reflection on the Concept of Hunger: The Case of Egypt between 2008 and 2011, Malak S. Rouchdy

The Food Question in the Middle East - Introduction, Malak S. Rouchdy and Iman A. Hamdy

Sport in the Arab World in Postcolonial Context, Mahfoud Amara

Street Soccer, Masculinity, and Patriarchal Reproduction in the Streets of Cairo, Nashaat Hussein

The Paradoxes of Women’s Football in Tunisia: The Case of the National Team, Monia Lachheb

Institutions and Discourses of Sports in the Modern Middle East, Murat C. Yıldız

The Church in the Square: Negotiations of Religion and Revolution at an Evangelical Church in Cairo, Anna Jeannine Dowell

Affordable Housing Policies in Egypt after the 2011 Revolution: More of the Same?, David Sims

Masculinity on Shifting Grounds: Emasculation and the Rise of the Islamist Political Scene in Post-Mubarak Egypt, Mustafa Abdalla

The Death of the Father in Contemporary Tunisian Film, Florence Martin

Introduction: The State of the Field of Masculinity Studies, Helen Rizzo

The Experience of Protest: Masculinity and Agency Among Sudanese Refugees in Cairo, Martin Timothy Rowe

Negotiating Space: The Evolution of the Egyptian Streets, 2000-2011, Dimitris Soudias

Social Ties between the people of al Walaja village at home and abroad, Sheerin Al-Araj

From Archive to Art Film: A Palestinian Aesthetics of Memory Reviewed, Diana Allan

"No Ideas but in Things": A Documentary Art Short on Message, Yasser Alwan

Photographic Practices and the Egyptian Imaginary: “No Ideas But in Things”: A Documentary Art Short on Message, Yasser Alwan

Europe in Asia: Mosques and Temples in the Age of Discovery, David Blanks

Exploding into the seventies: Ahmad Fu'ad Nigm, Shiekh Imam, and the aesthetics of a new youth politics, Marilyn Booth

When "enough" is not enough: Resistance during accumulation by dispossession, Ray Bush

The Buddha in the Dunes: The Aesthetics of Alientation and the Sacred in the Surreal Japanese Novel, Richard Byford

The Sacrament of Mari Giris: Rituals of Contact and Consumption at a Coptic Orthodox Saint's Festival in Upper Egypt, Cassandra R. Chambliss

Funerary Riturals in Cairo's City of the Dead: The Sacred and the Profane, Considerations from the Field, Anna Tozzi di Marco

Evidence of What? The Photographic Archive and its Problematics, Heba Farid

Photographic Practices and the Egyptian Imaginary: Evidence of What? The Photographic Archive and Its Problematics, Heba Farid

A Film Exploration of Sanayeh, a Neighbothood of Beirut, Pascale Feghali

Return Migration and the Burden of Borders, Sari Hanafi